Situated in the Opole district of Upper Silesia in Southern Poland, the Celtic center at Nova Cerekwia is located in a broad depression between the Sudetesland and the Carpathians – the Moravian Gate, which throughout antiquity served as a major communication route linking southern Europe and the Baltic Sea – commonly referred to as the Amber Route. Over the past century the site has attracted the attention of numerous researchers, both amateur and professional.

The site at Nowa Cerekwia 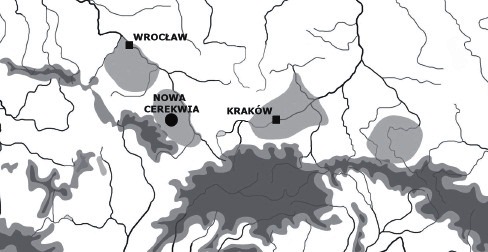 In the pre-WW2 era the site was investigated by German archaeologists in the 1925-1938 period, notably by the extreme right-wing B. Von Richtofen (Richthofen 1926, 190–191; Richthofen 1927; Jahn 1931, 66–78, 148–149; Petersen 1935), during which period discoveries included a pottery kiln, 11 houses, six pits and a hearth, although other accounts from the period indicate that as many as 30 Celtic pit-houses may have been excavated at the settlement (Rudnicki 2014). Initial indications are that the settlement thrived between the 3rd and 1st centuries BC. 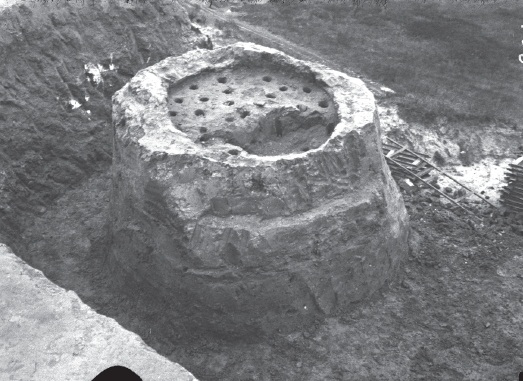 Celtic pottery kiln excavated at the site in 1925

Excavations at the Nova Cerekwia site in 1936

While a number of studies were undertaken at the site by Polish archaeologists in the post-war era (1957–1962, 1971 and 1973; Czerska 1959; 1960; 1976), due to the haphazard nature of research, and the fact that only a small proportion of the material was published, the full extent of the complex at Nova Cerekwia remained unclear. Indeed, until recently it had been believed that all available material pertaining to the Celtic settlement had been uncovered.

This misconception has been clarified over the past decades by the discovery of a wealth of new material by local ‘treasure hunters’, particularly due to the efforts of the local historians Igor Murawski and Anna Brzezinska, a phenomenon which finally prompted archaeologists to renew research at the site resulting in the discovery of  new structures as well as extensive numismatic and archaeological material (Rudnicki 2014). 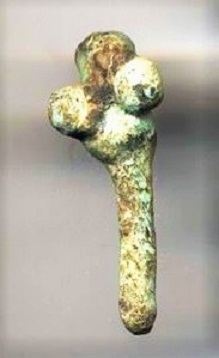 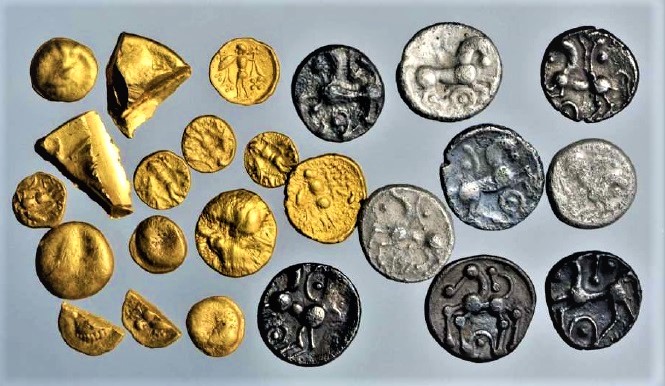 Celtic coinage uncovered at the site

Such recent finds have further confirmed Nova Cerekwia as one of the most significant archaeological sites in this area of Poland, indicating that it was a major settlement and center of inter-regional trade during the Celtic period. It is to be hoped that future systematic excavations at the site will finally establish the full extent of what promises to be the most important Celtic political/economic complex in this part of Europe.

For an overview on the Celts in Poland:

Rudnicki M. (2014) Nowa Cerekwia. A Celtic Centre for Craft and Commerce of Interregional Importance North of the Carpathians. In:  Iron Age Crafts and Craftsmen in the Carpathian Basin Proceedings of the International Colloquium from Targu Mureş 10–13 October 2013. Targu Mureş 2014. pp. 33-70 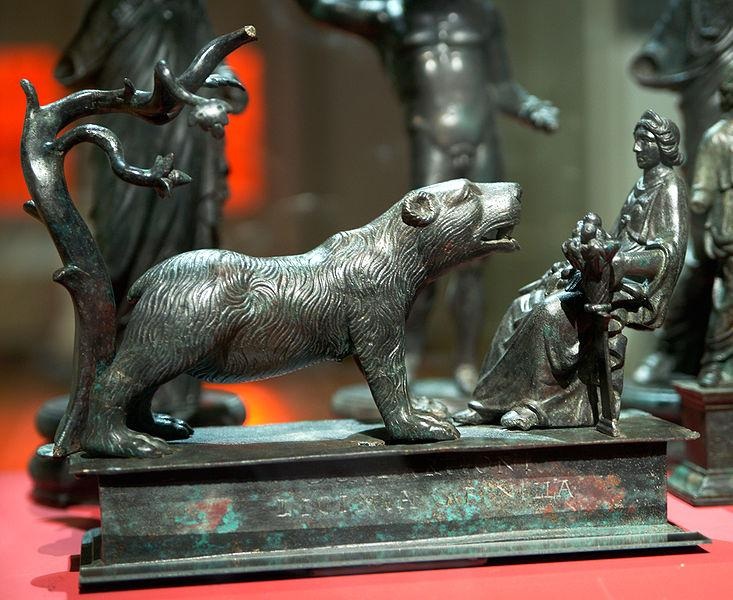 As all animals, the bear held a special significance in Iron Age European society, encapsulating the qualities of strength and potency, and portrayed in numerous works of Celtic art and attested to in inscriptions from across the continent.

The Celtic word for bear – *artos (OIr. Art, MW arth , OBret. Ard-, Arth-, MoBret. Arzh; Masasovic ELPC) is reflected in numerous Celtic personal names – in simple names such as Artos, Artus  (Delamarre 2007:27; CIL XIII 10008,7: Artus Dercomogni (from Maar, near Trier), derivatives such as patronyms, e.g. Galatian Artiknos, and hypocoristica of the type Artillus, Artilla. A fine example of the latter has been found in Trier (CIL XIII/1.1, no. 3909):

In this case mother and daughter have the same name, the mother still in Celtic, the daughter already in the Roman tongue. This is typical for the language switch implied in Romanization throughout the empire.

‘Bear’ is also found in Celtic nominal compounds, cf. Comartio-rix ‘king of [men] comparable to bears’, or Artebudz (Ptuj, Slovenia), which appears to be a late form of *Arto-buððos ‘having a bear’s penis’ (according to Eichner et al. 1994; see also Zimmer 2009). In the insular sphere a number of names continue the Old Celtic formations. Cf.:

The most extraordinary Celtic inscription to be discovered at Poetovio, Slovenia was found on a beaker at the site. Dated to the 2nd/3rd c. AD, and written in a Celto-Etruscan script, the inscription reads ARTEBUDZ BROGDUI which has been translated as ‘Artebudz for Brogdos’. Both names are Celtic, and the vessel was a votive offering to Brogdos – a deity guarding the border between the world of the living and the after-world (Eichner et al 1994:137; Egri 2007).

Other artifacts from south-eastern Europe, such as a ceramic bowl decorated with a zoomorphic/bear handle from the pre-Roman layers at Viminacium or brown bear teeth used as pendants/talismans from the Celtic hillfort at Zidovar (both Serbia), indicate that the bear was particularly revered by the Balkan Celtic tribes.

In Celtic culture the bear was associated with the Bear Goddess Artio – attested to in inscriptions such as those from Daun (CIL 4203), Stockstadt (CIL XIII 11789), Heddernheim (CIL 13, 7375) (all Germany), as well as Weilerbach (Luxembourg) (CIL XIII 4113) and Muri (near Bern) in Switzerland (CIL 13, 05160). The latter inscription comes from a bronze sculpture which depicts a large bear facing a woman seated in a chair, with a small tree behind the bear. The woman seems to hold fruit in her lap, apparently feeding the bear. 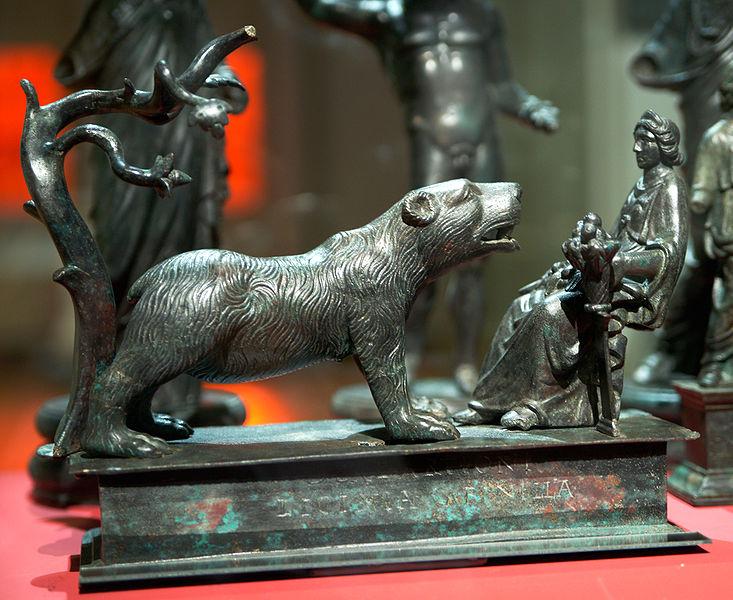 The goddess Artio from the Muri statuette group, a noted collection of Gallo-Roman bronze figures found in Muri bei Bern, Switzerland in 1832

The Muri sculpture bears the inscription Deae Artioni / Licinia Sabinilla = To the Goddess Artio (or Artionis), from Licinia Sabinilla, and is valuable evidence that the cult of the Celtic Bear Goddess survived into the Roman period.