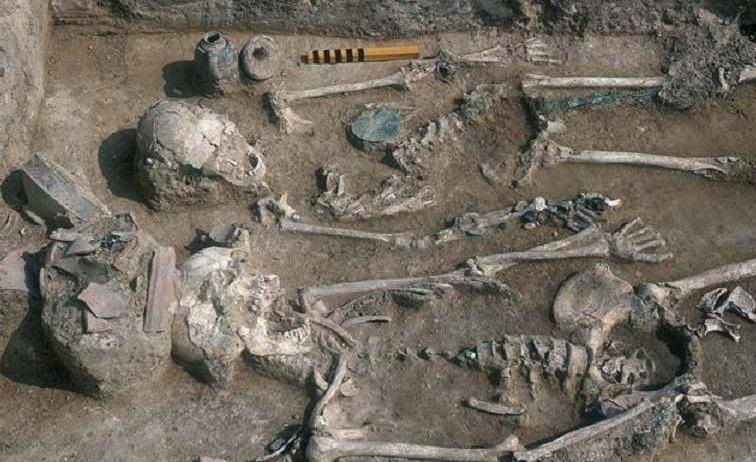 ‘…the Bastarnæ, the bravest nation of all’.

The most enigmatic ‘barbarian’ people to appear in southeastern Europe in the late Iron Age are undoubtedly the Bastarnae (Βαστάρναι / Βαστέρναι) tribes.

While archaeological/numismatic evidence indicates that the Bastarnae tribes had reached the Danube Delta as early as the second half of the 4th c. BC, they first appear in historical sources in connection with the events of 179 BC as allies of Philip V of Macedonia in his war with Rome (Livy 40:5, 57-58), and remain a constant factor in the history of southeastern Europe for over 500 years. Due to the fact that archaeologists have failed to associate a particular archaeological culture with the Bastarnae, the ethnic origin of this people has hitherto remained shrouded in mystery, with a lack of clarity on whether they were initially of Scythian, Germanic or Celtic origin. However, as illustrated below, a chronological analysis of the ancient sources relating to the Bastarnae in general, and archaeological, numismatic and linguistic evidence from the territory of the Bastarnae Peucini tribe in particular, enables us to finally shed some light on this question.

Later authors such as Dio Cassius (3rd c. AD – Dio LI.23.3, 24.2) and Zosimus (late 5th/early 6th c. AD – Zosimus I.34) define the Bastarnae as ‘Scythians’, and to a great extent this is true. By the late Roman period the Bastarnae tribes had been living in the region vaguely referred to as ‘Scythia’ for over half a millennium, and mixing with the local tribes (‘mixed marriages are giving them to some extent the vile appearance of the Sarmatians’ – Tac. Ger. 46). Thus, they were by this stage indeed Scythians, in the same way, for example, the Celtic Scordisci in Thrace are referred to in Roman sources as ‘Thracians’, having inhabited the region of Thrace for a number of centuries. However, as with the latter case, geographical situation by no means indicates ethnic origin. 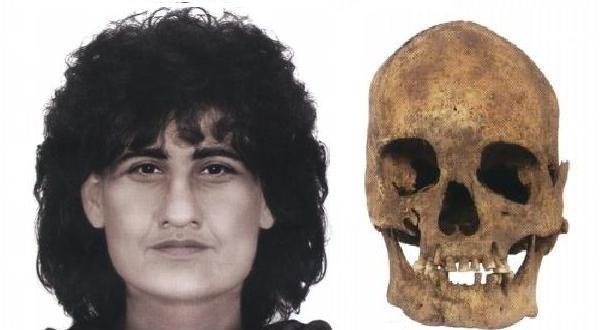 Facial Reconstruction of a Celto-Scythian/Bastarnae woman from burial # 9 at the Celtic settlement at Pelczyska (Świętokrzyskie province), Poland

While sources such as Strabo (early 1st c. AD – see below), and Tacitus (circa 100 AD; Tac. Ger. 43), are often cited to support the view that the Bastarnae were of Germanic origin, in fact a closer analysis of the testimony of both these sources reveals that neither is certain about who the Bastarnae were. While Strabo informs us that the Bastarnae lived mixed with the Thracian and Celtic tribes in Thrace, both north and south of the river, he also admits, ‘I know neither the Bastarnae, nor the Sarmatae nor, in a word, any of the peoples who dwell above the Pontus’ (Strabo VII, 2:4). Tacitus states the following:
‘Peucini, quos quidam Bastarnas, vocunt sermon cultu, sede ac domiciliis ut Germani agunt’ (Tac. op cit.), i.e. – he informs us not that the Bastarnae were Germani, but that they were ‘similar to the Germani’. In this case one should bear in mind that many of the Celts who migrated into southeastern Europe and Asia-Minor from the end of the 4th c. BC onwards originated from the Belgae group of Celtic tribes (see also ‘Galatia’ article), who are described in ancient sources as being most like the Germani.

The other ancient authors are clear on the ethnic origin of the Bastarnae. The earliest source, Polybius (200-118 BC; XXIV 9,13) refers to them as Celtic (Galatians), while Livy (59 BC – 17 AD) tells us that they had the same customs and spoke the same language as the Celtic Scordisci, and also mentions close military and political ties between the Bastarnae and Scordisci (Livy 40:57). Plutarch (46 – 120 AD; Aem. 9.6) refers to them as ‘Gauls on the Danube who are called Bastarnae’.

It was in the wake of the aforementioned events of 179 BC that the Peucini, the southern branch of the Bastarnae, were drawn south of the Danube into Thrace. They were at this stage a powerful military and political force in southeastern Europe, which is illustrated by the enthusiasm that Philip V of Macedonia showed at the prospect of being allied to them:

‘The envoys whom he had sent to the Bastarnae to summon assistance had returned and brought back with them some young nobles, amongst them some of royal blood. One of these promised to give his sister in marriage to Philip’s son, and the king was quite elated at the prospect of an alliance with that nation’ (Livy 40:5).

Although Philip’s sudden death meant that the joint attack on Rome by the Macedonians and Bastarnae came to nothing, by this time a large group of the (Peucini) Bastarnae had already migrated into Thrace, and a group of 30,000 of them subsequently settled in Dardania; another larger group of Bastarnae returned eastwards and settled in the area of today’s eastern Bulgaria (Livy 40:58), where Bastarnae kingdoms were established in the Dobruja area. At the beginning of the 1st c. AD Strabo (VII, 3:2) mentions that the ethnic make-up of this area consisted of a complex mix of Thracians, Scythians, Celts and Bastarnae:

“the Bastarnae tribes are mingled with the Thracians, more indeed with those beyond the Ister (Danube), but also with those this side. And mingled with them are also the Celtic tribes…”.
A thriving ‘barbarian’ culture emerged in this area (southeastern Romania/northeastern Bulgaria) during the 2nd/ 1st c. BC, based on a symbiotic relationship between these various groups and the Greek Black Sea colonies – a culture which was brought to a brutal end in the mid 1st c. BC by the destructive rampage of the Getic leader Burebista, which also paved the way for the Roman conquest of the Dobruja.

In summary, an analysis of the ancient sources would appear to indicate that the Bastarnae tribes were initially of Celtic (Belgic) origin. This is confirmed by numismatic, archaeological, and linguistic evidence from the territory of the Bastarnae Peucini tribe in n.e. Bulgaria, s.e. Romania, Moldova and Ukraine. One should also note that the first archaeological/numismatic evidence of the presence of the Bastarnae in s.e. Europe (2nd half of the 4th c. BC) corresponds chronologically with the Celtic migration into the region.

It would therefore appear, based on the available scientific data, that the elusive Bastarnae tribes were not some mysterious Germanic people who appeared in southeastern Europe during this period, but that they, like the Galatians, were tribes of the Belgae group who migrated into the area during the Celtic expansion at the end of the 4th / beginning of the 3rd c. BC. Scientific evidence from the Dobruja region (loc cit) further indicates that the original Celto-Germanic (Belgic) nature of this culture subsequently underwent a fundamental metamorphosis due to prolonged contact and co-existence with the Hellenistic and Scythian cultures, the resulting fusion of Celtic, Hellenistic and Scythian cultural elements culminating in a unique and distinct Bastarnae ethnicity by the Roman period.

In the later Roman period the policy of ethnic engineering further strengthened the Bastarnae presence south of the Danube. Under the Emperor Probus (276-82) 100,000 of them were settled in Thrace (Historia Augusta Probus 18), and shortly afterwards Emperor Diocletian (284-305) carried out another ‘massive’ transfer of the Bastarnae population to the south of the Danube (Eutropius IX.25; see Balkancelts ‘Ethnic Engineering’ article). Thus, the Bastarnae presence on the territory of today’s Bulgaria, already well established since the 2nd c. BC, was further reinforced by the policies of both Probus and Diocletian.