This article, by Károly Tankó of Loránd University,  provides an overview of the latest discoveries pertaining to Celtic settlement in the Mátra Mountains region of northeastern Hungary. 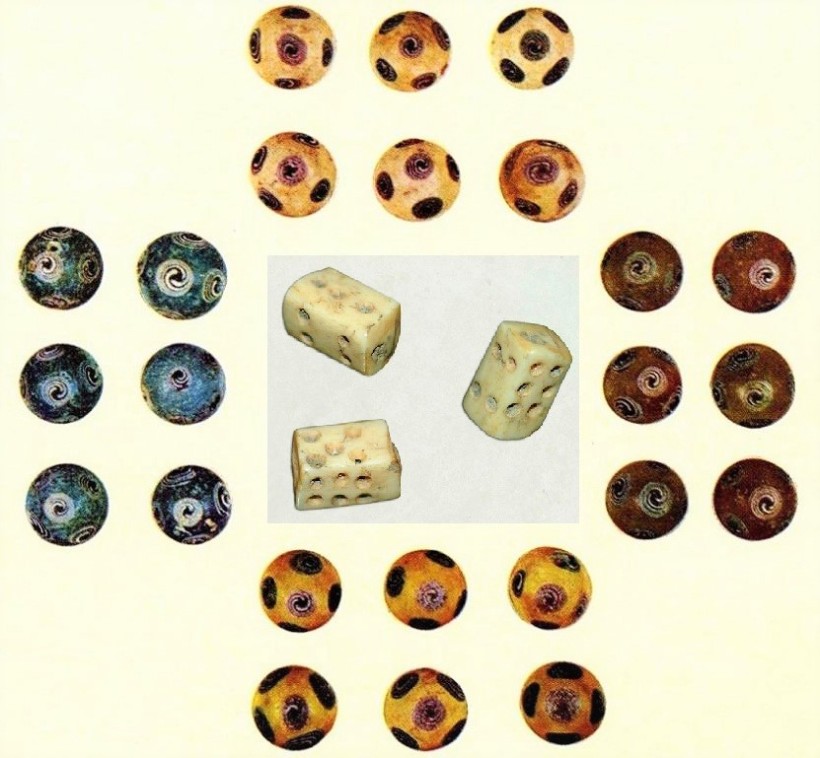 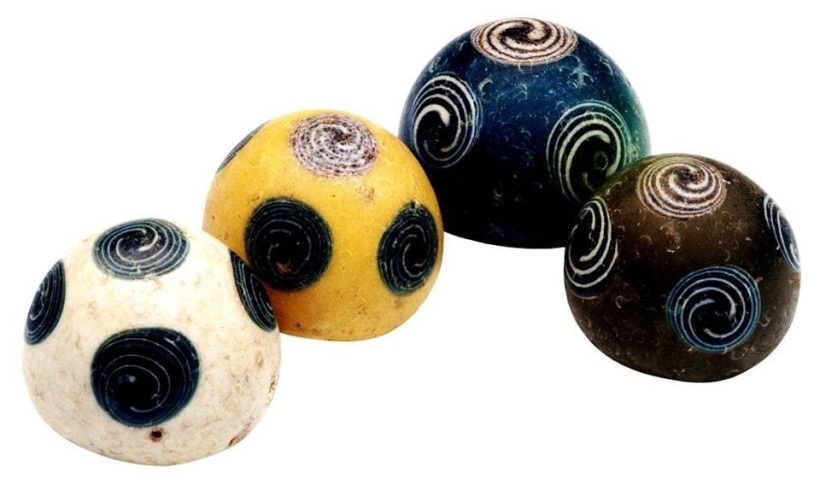 Dating to the early phase of Celtic expansion into this part of Europe, one of the most exquisite artifacts to be discovered on the territory of today’s Bulgaria is the golden torc discovered on the banks of the Danube in the northwest of the country. The torc, from Gorni Tsibar (formerly Cibar Varosh) in the Montana region, is the most easterly example of a number of similar Celtic neck-rings decorated in the ‘Vegetal’ or ‘Waldalgesheim’ style.

The Waldalgesheim Style is named after a princely burial in the middle Rhine, and displays an independence of interpretation and conﬁdence in execution that marks the culmination of achievement of the early La Tène period (Jacobsthal 1944). The descriptive term ‘Vegetal’ has been proposed in place of Jacobsthal’s type-site to denote the new style, reﬂecting in particular its use of plant-derived tendril motifs, although the style is not characterized exclusively by vegetal motifs, nor are vegetal motifs exclusive to it (Harding 2007:70).

The Vegetal Style is often regarded as the high point of La Tène curvilinear ornament because it is in this style that derivative classical motifs are deconstructed and re-emerge with the ‘assured irrationality’ of a vibrant and independent Celtic creation (Loc cit. 265).

Detail of decoration on the Waldalgesheim torc

Detail of decoration on the Bulgarian torc

Another golden torc from grave # 2 at Filottrano near Ancona (Italy), in the territory of the Senones, is a closely related piece to the Bulgarian example.

The Celtic gold torc from Filottrano (4 c. BC)

Elements in the design in the Gorni Tsibar torc are also paralleled on Celtic pottery from Alsopel in Hungary which shows a similar vegetal tendril surrounded by random dots and stamped arcades or half-moons (Megaw 2001:118-119), while the vegetal decorative details on the neck-guard of the Celtic helmet from Silivaş (Romania) belong to the late phase of the aforementioned style, similar to the ornamentation of the helmets from Förker Laas Riegel in Carinthia, discovered in 1989 (Schaaff 1990).

The Bulgarian torc has been dated to the last quarter of the 4th c. BC., and is significant not only from an artistic perspective but because it, in combination with other archaeological and numismatic evidence, confirms Celtic presence in this area of Bulgaria as early as the 4th c. BC., a fact which is also testified to in ancient sources (Seneca nat. quaest 3.11.3; Plin. n.h. 31.53) who describe a battle between the Macedonian general Cassander and Celtic forces in the Balkan mountains (Stara Planina) at the end of the 4th c. BC.

The Gorna Tsibar site is near the location of the Celtic settlement of Cumodina (modern Stanevo, Montana region) (Ravennatis Anonymi Cosmographia. Liber IV, 7, 190). Further along the valley of the small Tsibritza river, on which Gorna Tsibar is situated, recent archaeological evidence has also confirmed Celtic settlement around the villages of Valchedrum and Jakimovo dating until the 1st c. BC / 1st c. AD.

Depiction of a Celto-Thracian chieftain with torc on a sliver/gilt plate from the Jakimovo treasure, Montana region (Northwestern Bulgaria / 2/1 c. BC)

Military equipment from the burial of a Celtic / Scordisci cavalry officer from Montana, Bulgaria (2/1 c. BC) 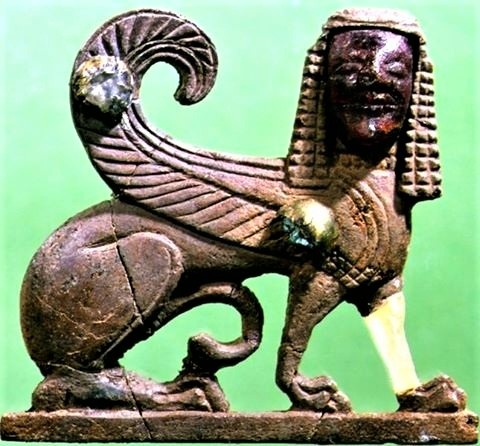 “Fancy thinking the Beast was something you could hunt and kill! You knew, didn’t you? I’m part of you?”.

(Golding; Lord of the Flies)

Iron Age European Art is populated by a multitude of impossible creatures, ranging from the Ram Headed Serpent associated with the God Cernunnos, to fantastic hybrid serpentine and human headed beasts depicted on artifacts throughout the La Tène period. 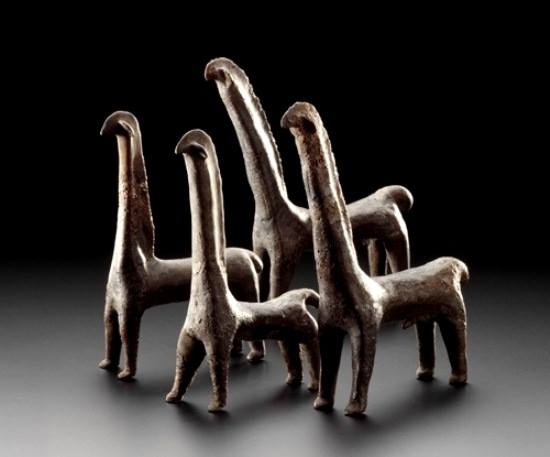 Hybrid creatures with the body of a horse, neck of a giraffe (!) and bird heads; executed in ceramic and discovered at Römerstein (Baden-Württemberg), Germany

The Ram Headed Serpent depicted on a a Celtic helmet from Agris, France (4 c. BC)

From the early La Tène period (i.e. 5th century BC) onwards,  a particularly interesting development is the appearance of the Sphinx, and variants thereof, in European art. Such representations can be roughly divided into 2 main categories, the first of which is a group which is obviously derived from examples to be found in the Ancient Greek and Etruscan spheres.

Sphinxes depicted on a gold applique from a drinking horn, discovered in the burial of a Celtic chieftain at Weiskirchen, Germany (late 6 – early 5th c. BC)

Such representations continue throughout the Iron Age, and are to be found on Celtic jewelry and other artifacts across Europe. Depictions of sphinxes are particularly common on late Iron Age Celtic coinage.

Reverse of a Celtiberian bronze issue from Castro (Andalusia), Spain (2-1 c. BC) 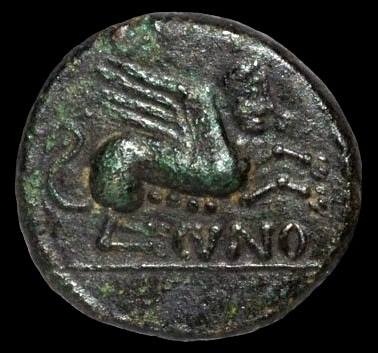 A second group of hybrid creatures represented in Iron Age European art is perhaps even more interesting. These take a wide variety of forms, combining anthropomorphic and zoomorphic features in a multitude of combinations, resulting in fantastic creatures drawing from elements of both real and imaginary beings. 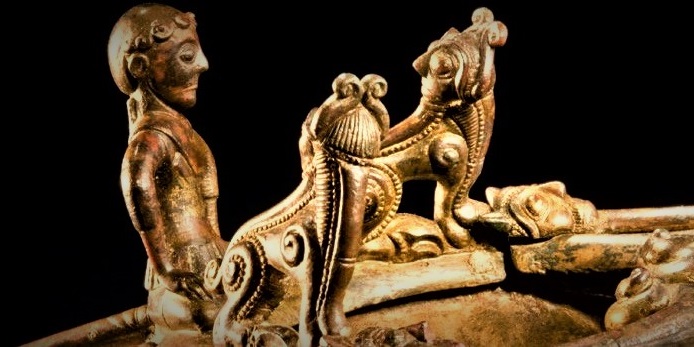 Sphinx-like creatures depicted on a bronze flagon, from a Celtic burial at Glauberg (Hesse) Germany (ca. 420 BC)

Fantastic creature from the Dürrnberg Flagon

Bronze hybrid/sphinx creature, from the Celtic settlement at Horné Orešany, western Slovakia. The creature was most likely mounted on a large ceremonial vessel.

Thus, while the first category of creatures is clearly influenced by / drawn from prototypes borrowed from other ancient cultures, the latter group is born of the experimentation and surrealistic fantasy typical of Iron Age Celtic art, a phenomenon which is continued and expanded upon, culminating in images to be observed in later Insular Ultimate La Tène art.

Winged Ox depicted on Folio 27 V (detail), one of a large number of fantastic / hybrid creatures represented in the Book of Kells (ca. 800 AD)

The first decades of the 21st century in European archaeology have been marked by a massive amount of new discoveries relating to the Hallstatt and La Tène cultures, significantly altering our perception of the Celtic peoples who populated Iron Age Europe. One of the most spectacular discoveries in this context was unearthed at the Bettelbühl necropolis, situated just over two kilometres from the well known Celtic settlement on the Heuneburg in the Sigmaringen area of Baden–Württemberg in southern Germany. 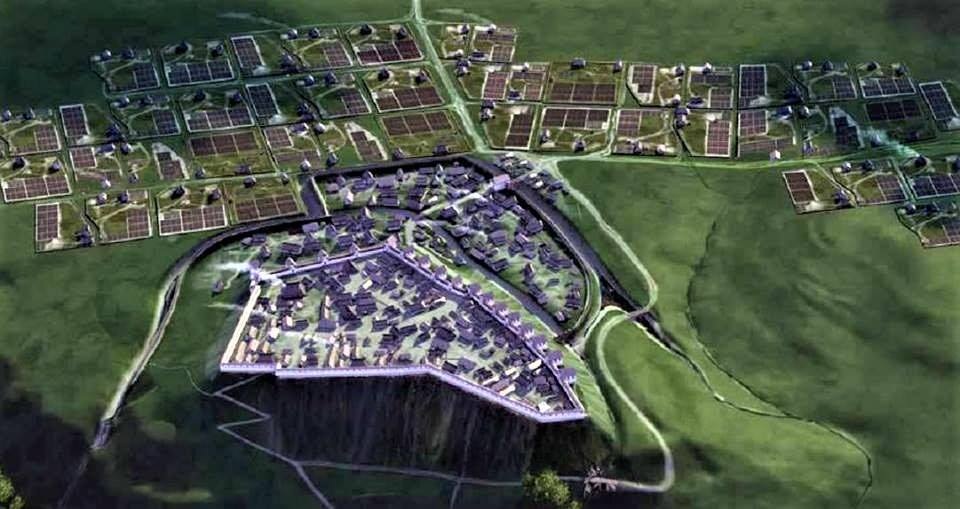 3D Reconstruction of the Celtic settlement on the Heuneburg

In the central tumulus at the Bettelbühl site an incredibly rich burial of a Celtic lady and a child was discovered; revealing some of the most spectacular burial goods yet unearthed from this period in European history. The woman, who died aged 30-40, in ca. 583 BC, was accompanied in her journey into the afterlife by a wealth of  wonderfully crafted jewelry of gold, bronze, amber, glass and other materials.

Gold jewelry from the Bettelbühl burial

Amber jewelry from the burial

Besides the aforementioned material, perhaps the most fascinating discovery in the burial was an excellently preserved example of horse armour, in the form of a lavishly decorated bronze mask. The tremendous wealth and workmanship to be observed in this and other early Celtic aristocratic burials of the period have provided a valuable insight into the high level of material and cultural sophistication which had developed among the European population by the early stages of the Iron Age.

Bronze horse mask from the Bettelbühl burial, and reconstruction 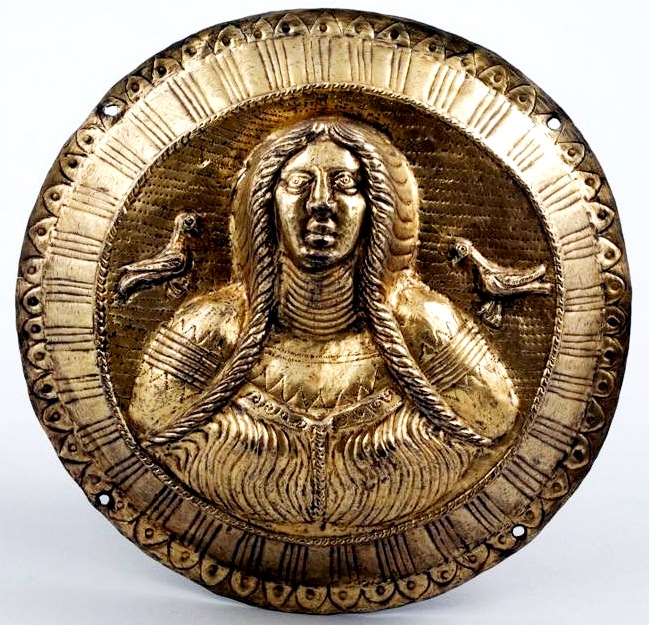 “At one moment she was a broad-eyed, most beautiful queen,

And another time a beaked, white-grey badb”.

The central tenet of Celtic religion was metempsychosis – the transmigration of the soul and its reincarnation after death (Caesar J. De Bello Gallica, Book VI, XIV). This belief is probably best summed up by the Roman poet Lucanus (1st c. AD):

While you, ye Druids, when the war was done, 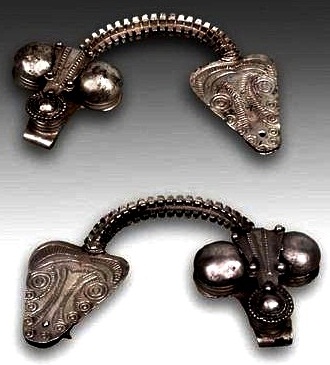 Some of the most exquisite European Iron Age jewelry pieces were produced by the “barbarian” tribes on the Balkan peninsula between the 4th and 1st century BC. During this period Celtic craftsmen, working in a variety of mediums, drew heavily on both Scythian and Hellenistic art; a process which culminated in a distinctive Balkan Celtic style.

Although multiple mediums were used, the genius of Celtic craftsmen of this period is to be most clearly observed in silver treasures produced by the Scordisci tribes, such as those from Hrtkovci, Židovar, Čurug etc...

Probably the most enigmatic and mysterious archaeological site in Europe, the Býči Skála/Bull Rock cave in the Křtiny Valley (Czech Republic), was first investigated in 1867 by a local doctor, Jindřich Wankel, who initially discovered traces of a Paleolithic settlement. 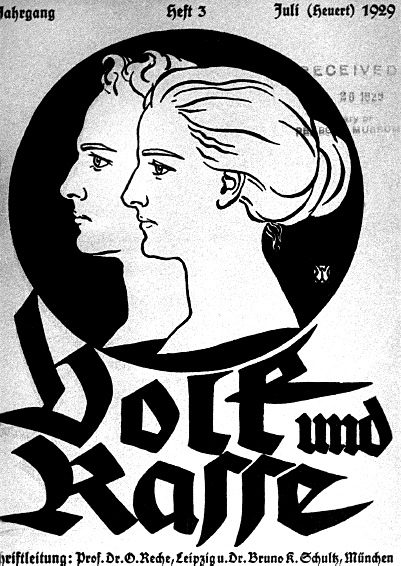 Fascinating article by Bettina Arnold of the University of Wisconsin Milwaukee on the manipulation of science and the development of pseudo-archaeology in Nazi Germany: 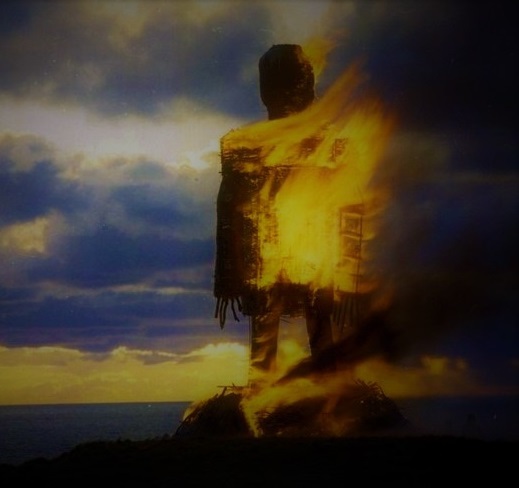 The most horrific ritual associated with the ancient Celts is undoubtedly the Wicker Man, and the mass burning of human and animal sacrifices inside this sinister structure. Our knowledge of this phenomenon among the Iron Age European population comes largely from two main sources…