The popular phenomenon of metal detecting / treasure hunting in recent years and the increasingly industrial nature of this activity has resulted in the systematic destruction of many unique ancient sites across Europe. As mentioned in previous articles, this activity, while uncovering spectacular artifacts, destroys the archaeological context of such sites, and thus the scientific knowledge which may be gained from them is lost forever.

A further recent example of this phenomenon is the discovery of a bronze Celtic seal ring with wild boar motif, looted from a Celtic burial in northern France, advertised on the internet and subsequently sold (for 77 Euros !) to a private collector.

Due to the lack of archaeological context, the cultural and chronological framework of such artifacts are generally impossible to attribute with any degree of certainty. However, in this specific case the artistic composition and iconography on the ring is clearly to be placed within the context of similar artistic compositions to be found on potin coinage from northern Gaul, specifically those of the Gallo-Belgic tribes of the region in question, which allows us to identify the general area from which this unique Celtic ring originates, and date it to the first half of the 1st century BC. 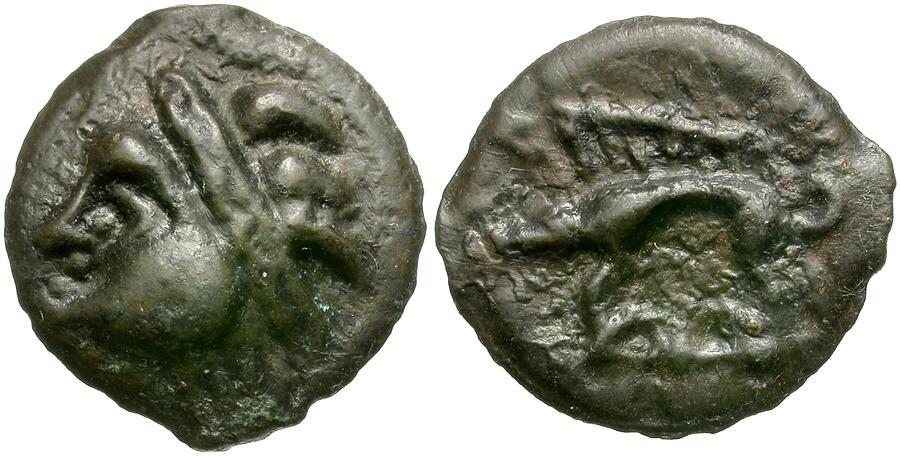 Potin of the Leuci tribe (early 1 c. BC)